What types of magicians are there? 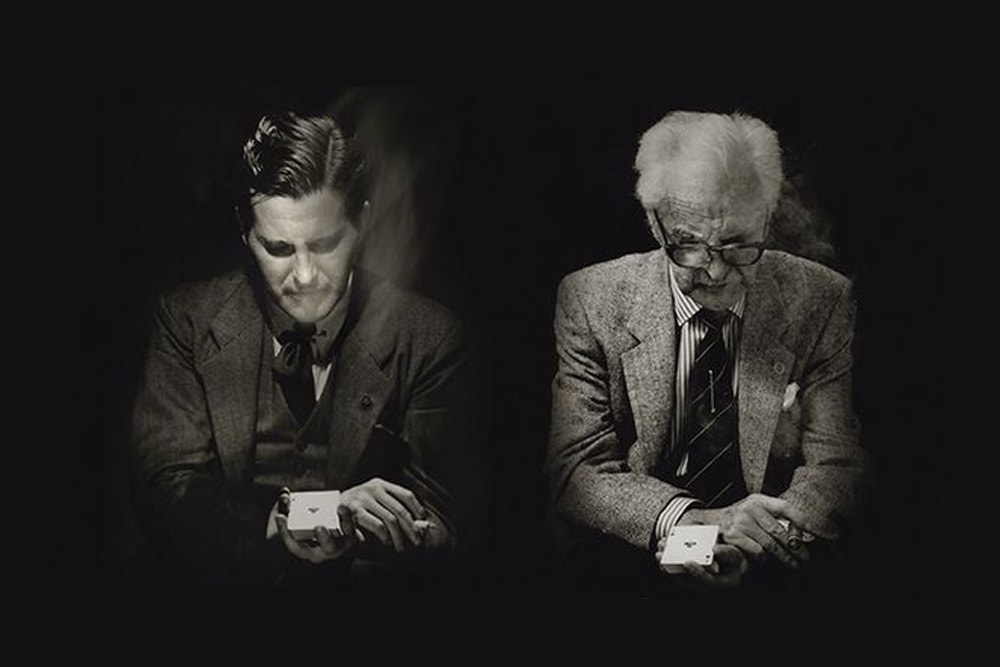 Is The Hand Quicker Than The Eye?

When people think of what types of magicians there are, this is one that usually first comes to mind. For those who want to learn magic, it is also one of the first types they discover. Sleight of hand magicians develop manual dexterity to perform seemingly impossible moments using common objects.  These traditionally have been cards, coins or handkerchiefs. ‘Pocket magic’ also falls under this umbrella. It emerged in the early 20th century as an often impromptu magic with other everyday objects. Manipulation acts with cards, balls and other items have been popular especially for stage magic competitions. At the moment, a trendy corner of this sleight of hand genre is a niche called ‘cardistry’ which focuses on manipulation of cards. Another recent ‘brand’ of performance called ‘street magic’ is essentially sleight of hand magic performed… you guessed it, on the street.
‍
To name just a few contemporary masters of sleight of hand who are renown as teachers as well are Jeff McBride (USA), Michael Vincent (UK), Michael Ammar (USA), Juan Tamariz (Spain), and David Roth (USA).  They all specialize in different areas of this magic genre and are well worth exploring.

IN THE PHOTO
Dai Vernon (1894-1992) was the most influential figure in sleight of hand magic of the 20th Century. 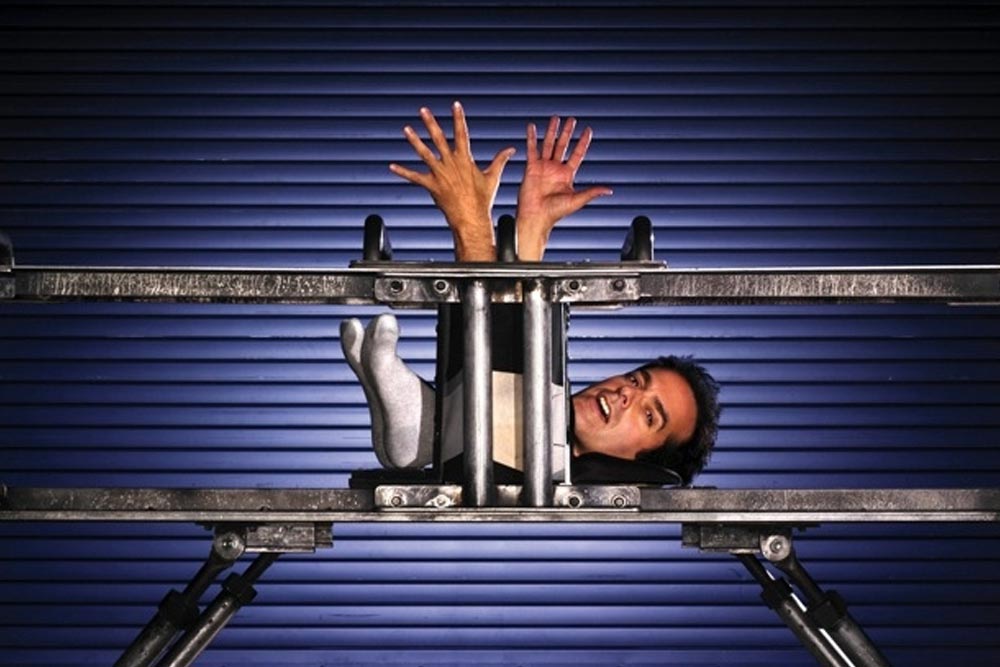 When magicians say ‘illusions’ they tend to mean large scale magic on stage. Illusions first surged to popularity during the Golden Age of magic in the late 19th and early 20th century. Touring magicians were one of the most popular forms of entertainment in music halls and vaudeville theatres at that time. When music hall and vaudeville entertainment died out, so did illusionists for a while.

Illusionists revived after a few decades thanks to Mark Wilson (USA) who brought the genre to television in the 1960’s. The 1970’s saw illusion legend Doug Henning take centre stage in the U.S. Paul Daniels also performed illusions in the UK through the 80’s and early ‘90’s. To fast-forward to today, you can read more about present-day master illusionist Kevin James who tours with the record-breaking show “The Illusionists.”

IN THE PHOTO
David Copperfield has been one of the most famous and successful illusionists in the world since the 1980’s. He is unparalleled in his output and has a lifetime of commercial success to his name. After many years of television specials and numerous world tours, his show is currently based in Las Vegas, Nevada at the MGM playing several shows per day. 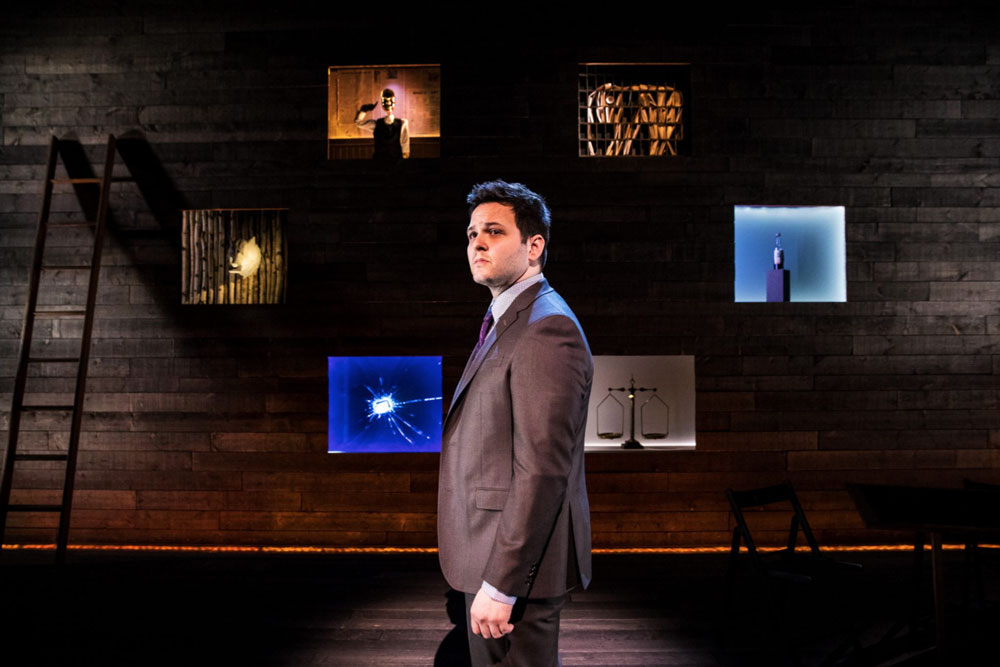 This type of magic is performed with a narrative structure that is strongly connected to the performance. Dramatic magic often relies on the story or monologue so much that the magic can even sometimes be seen as supplementary to the story. Strong acting skills, storytelling ability and theatrical training all significantly benefit this type of magic. Proponents of the field argue that the magic is stronger when the frame of the story stands around the magic. Read more about dramatic magic created by Paul Kieve for Broadway and West End productions.

IN THE PHOTO
Derek Del Gaudio performs his one man show In and of Itself  directed by Frank Oz. The show played to critical acclaim in New York City. (Photo credit: Matthew Murphy) 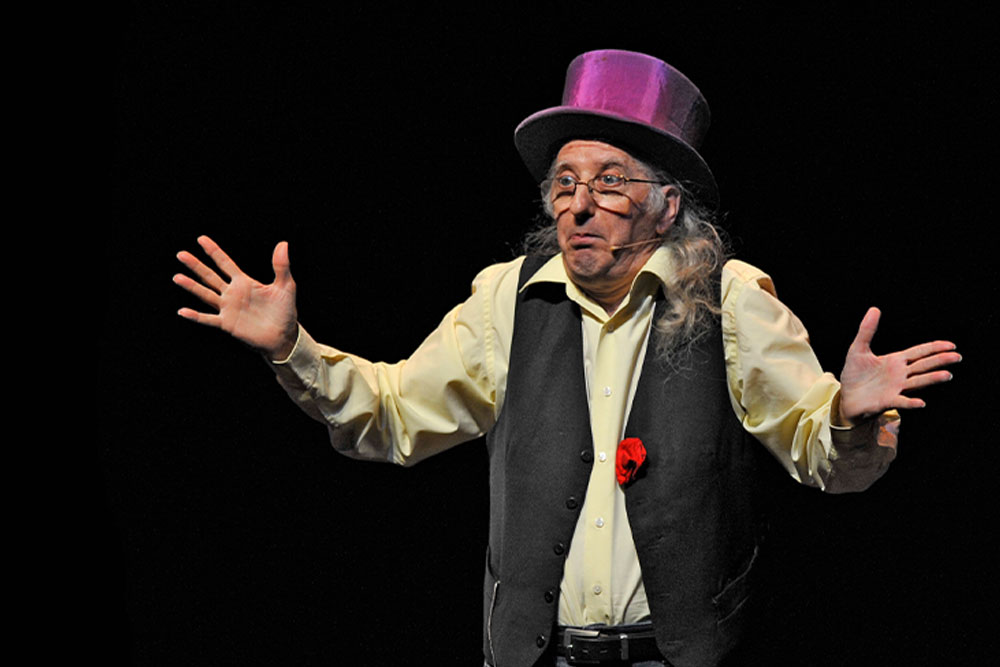 Everyone Loves A Good Laugh

Comedy is a very popular and commercial branch of magic. This area ranges from magicians who make people laugh to comedians who do some magic. Just as the theatrical elements play a large part in the overall effect of Dramatic Magic so too does the comedy take centre stage with Comedy Magic. If you like this kind of magic, check out Jon Archer in the UK and Mac King who has a long running show in Las Vegas at Harrah’s.

IN THE PHOTO
Not usually considered a ‘comedy magician,’ Spanish magician Juan Tamariz is a living legend in the world of magic. He stands out not only because his comedic personality totally defines his shows, but also because his comedy is paired with impeccable skill, theory and understanding of the audience and the magic. 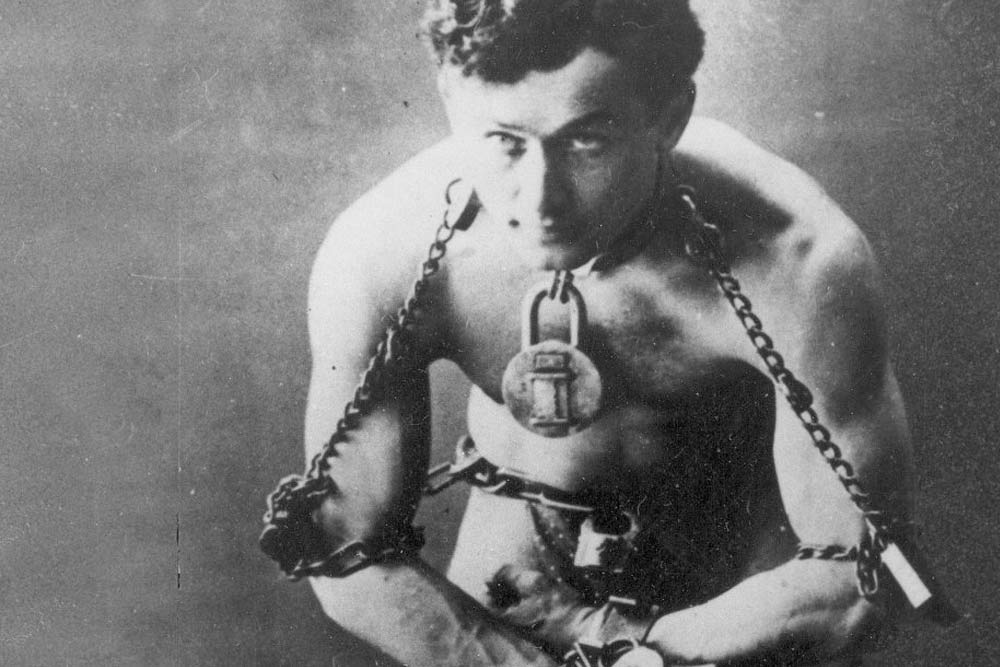 Roll Up, Roll Up!

Escapologists perfect the art of escaping whatever shackles and constraints that tie them down. One of the few notable full-time escapologists these days is daredevil Jonathan Goodwin (UK) who features in the touring international magic show The Illusionists. Long before him, another British escapologist Alan Alan (1926-2014) was known for his escapes upside down in a straight jacket from a burning rope. Alan sometimes performed it over a cage of ravenous lions, just for kicks.

IN THE PHOTO
Escapologist Harry Houdini is probably the best known name in magic around the world, which is testament in no small part also to his skill as a publicist! 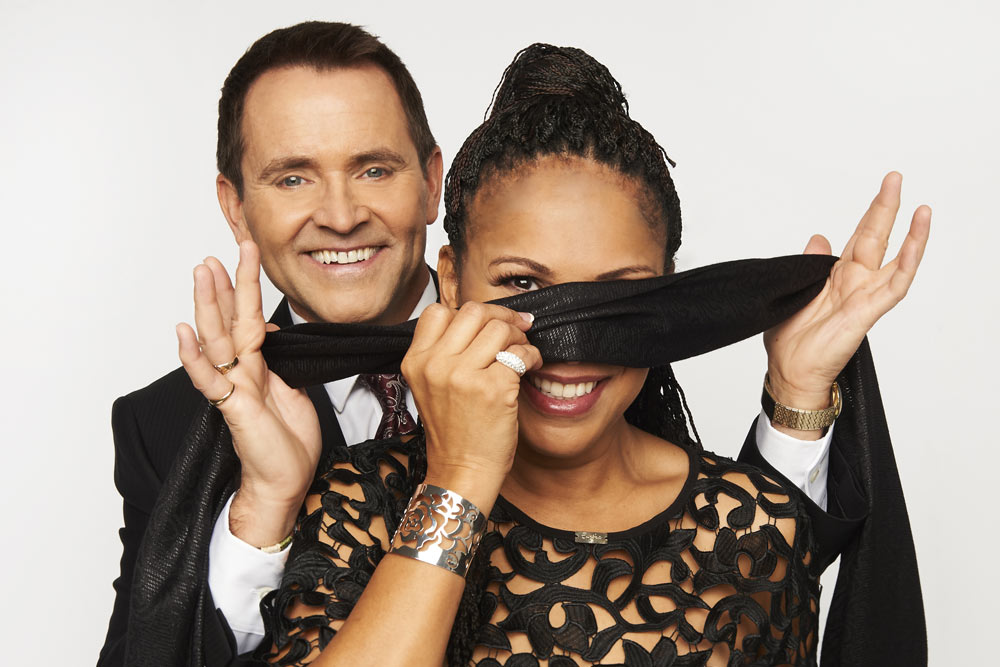 Look Into My Eyes

Mental magic has all to do with conveying the impression of supernatural powers of the mind at work. This can include telekinesis (moving objects with the mind), mind reading and divination. This type of magician is probably the most misunderstood because it is the one genre that gets the most people asking ‘are magic tricks real?’ What answer you get depends on how scrupulous the magician is who you ask!

Max Maven (USA) is an iconic mentalist and living legend of mental magic. A contemporary trailblazer for the genre is UK Derren Brown who is the most commercially successful mentalist with a tremendous creative output to match. Brown steers clear of the phrase ‘mentalist’ however and opts for the self-proclaimed label of ‘psychological illusionist’.

IN THE PHOTO
The Evasons are a mind-reading double act that leave audiences asking them ‘how do you read minds?’ The husband and wife team consists of Tessa blindfolded on stage seeming to communicate telepathically with Jeff as he moves around the audience interacting with the crowd. 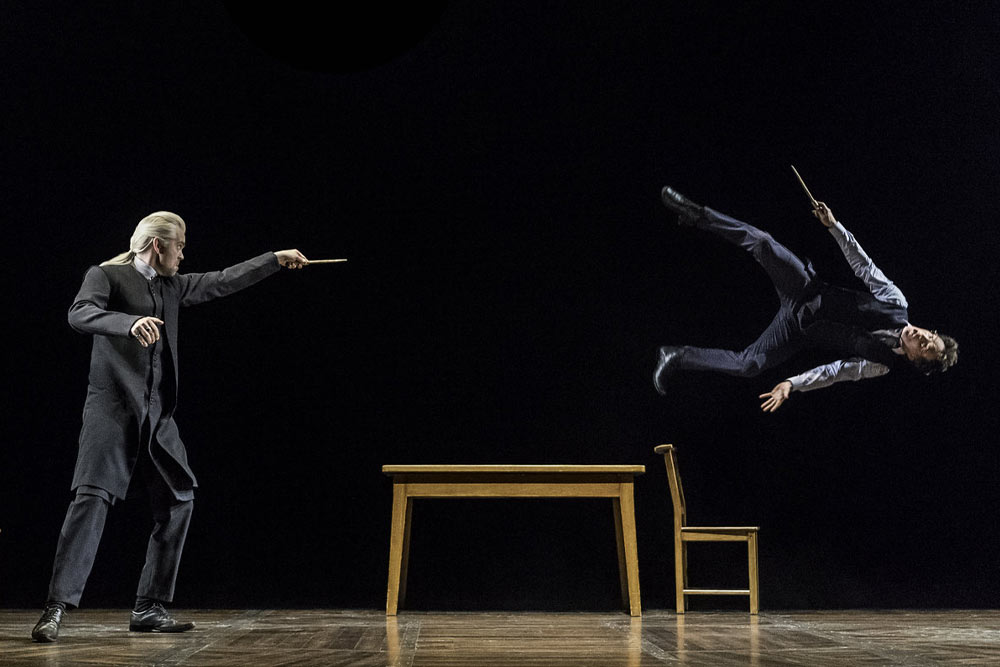 This is performed usually on stage with a black velvet curtain back drop, carefully composed stage lighting and secret performers also dressed in black. Black Art Magic produces often uncanny visual illusions.  The practice of this branch of magic possibly dates back as far as the 18th Century. Applications of the technique have featured in the recent stage adaptation of the book Harry Potter and The Cursed Child. Here is a fascinating article about how the production team used black art in the production.

IN THE PHOTO
Black art magic scene in the stage production of Harry Potter and The Cursed Child. (Photo credit: Scholastic.) 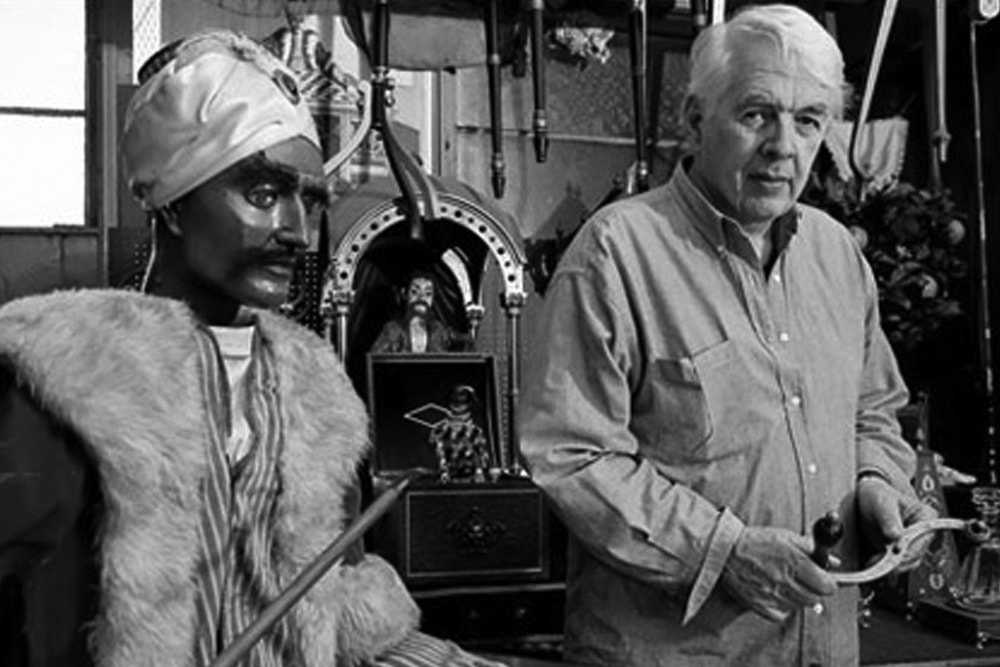 Mechanical magic comes from the historic fascination for automata, clockwork inventions and figures. In the Golden Age of magic, some magicians performed on stage with their clockwork paraphernalia. This pastime was brought back to life by Derren Brown in his theatre show Svengali. Perhaps the most famous mechanical magic specimen of all time was The Turk Automaton which would beat its opponents at a friendly game of chess.


IN THE PHOTO
A different type of magician, John Gaughan, illusion designer and collector of mechanical magic, magic artefacts and automata. 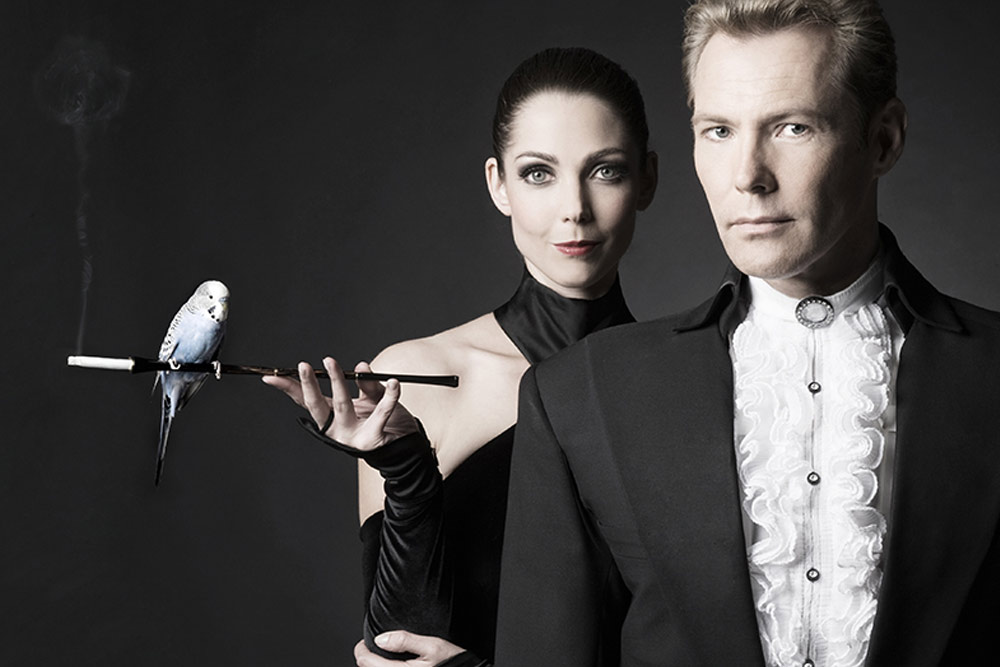 The Old Rabbit From The Hat

The popular fascination for magic with animals seems to have come from that one iconic image: a magician pulls his rabbit from a hat. Louis Comte was probably the first magician to perform it in 1814.

One major magician important to this tradition is the now retired Lance Burton who in 1982 won the ‘Gran Prix’ award at the Fédération Internationale des Sociétés Magiques (FISM). His act was the classic picture of a magician in a top hat and tails flawlessly producing doves out of thin air. It inspired generations. Around the same time, Siegfried & Roy grew to international acclaim during the 1980s and 1990s as they redefined the genre with their world famous act with big cats and other exotic animals. Their show was housed for many years in The Mirage in Las Vegas.

IN THE PHOTO
Marko Karvo performs with his ‘family’ of his exotic birds. His act is a rare remaining example of animal magic. It is one of the best animal magic acts in the world. (Photo credit: www.s-t-y-l-e.de) 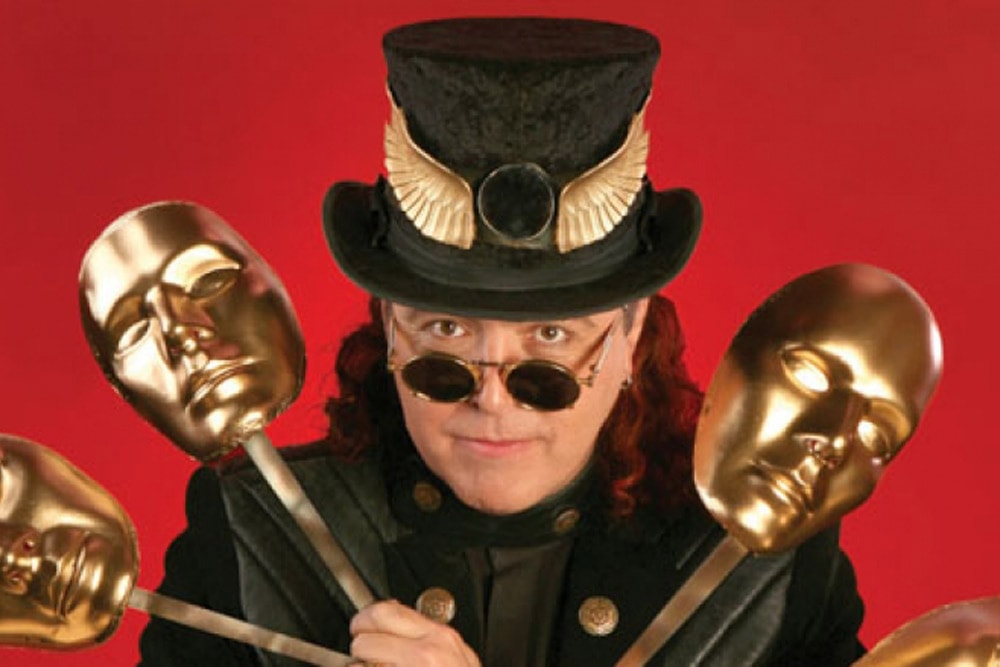 To Talk or Not to Talk

Old magic books refer to ‘patter’ during a magic performance as what you say while you perform. Alternatively pantomime refers to silent magic performance. This can include costume portrayals of magical scenes, magic inspired by mime and other silent theatrical art forms. Xavier Mortimer performs his own style of pantomime magic integrating his mime background with magic vignettes and surreal scenes.

Teller (the short silent one) of the magician double act Penn & Teller says he decided to perform silent early in his career because he did not see the sense in magicians always stating the obvious in their patter. He is referring here to the often noted pitfall of patter where a magician says whatever passes through their mind while they perform. Proponents of good patter like Eugene Burger emphasize scripting to strengthen the performance. 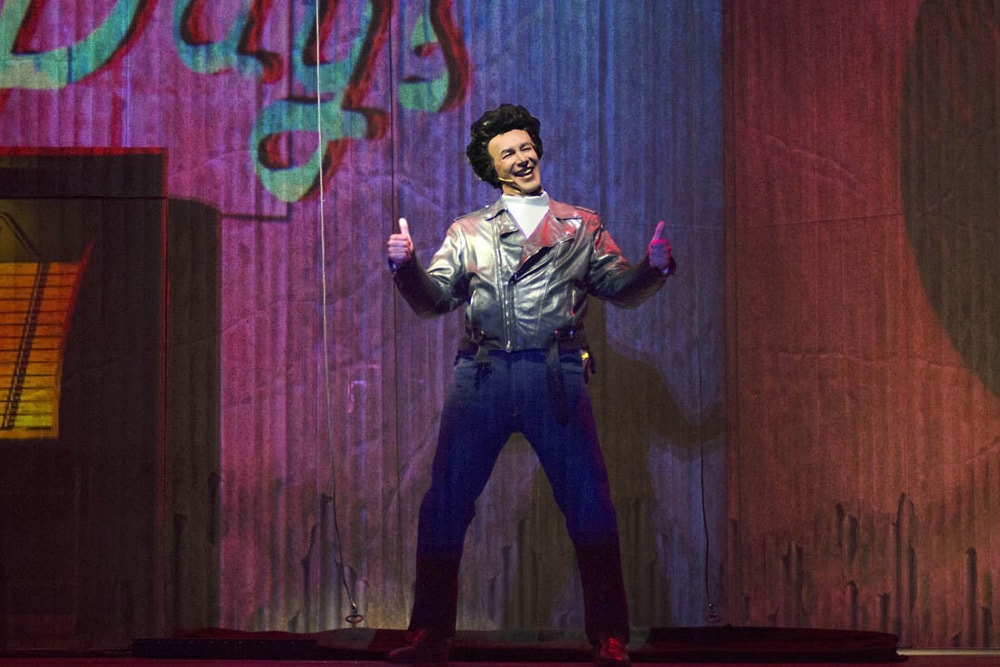 This is sometimes referred to as costume magic as well. It leaves audiences wondering how the quick change artists change so quickly. The art form was established by Leopoldo Fregoli (1867-1936).  The most notable double act in this genre is David and Dania who sprang to the world stage in America’s Got Talent, Season 1.

IN THE PHOTO
Italian quick change artist Arturo Brachetti has defined this genre and is known for performing 80 characters in one show. 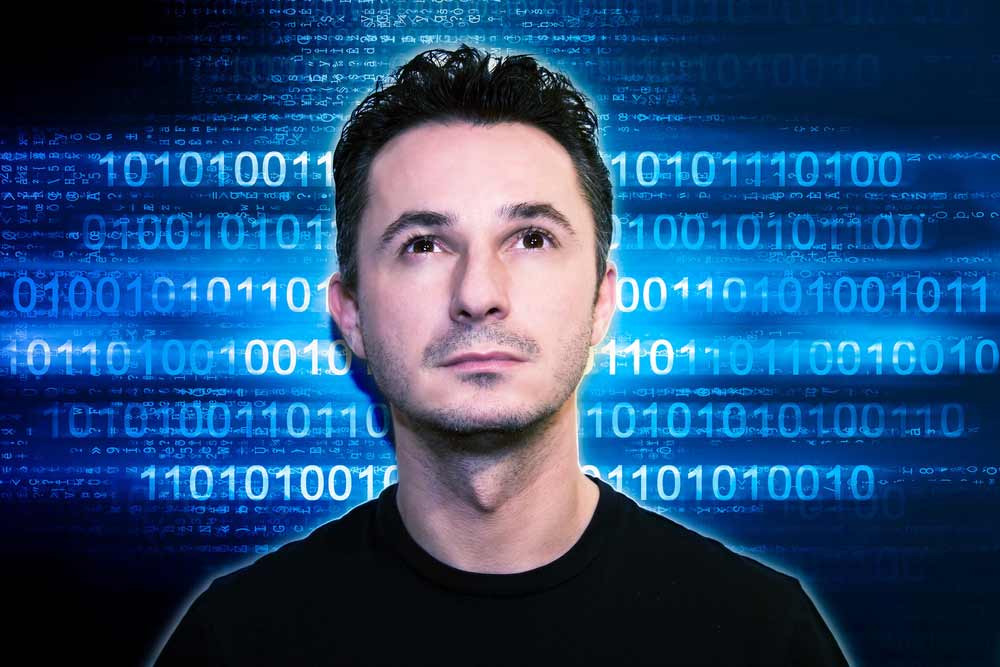 Advanced Technology is Indistinguishable From Magic

Technology magic uses media such as tablets and computer technology to assist in the creation of magical effects. Sometimes the technology is used centre stage and sometimes used in tandem with traditional magic techniques to create the illusions. Related to this, during Covid-19 interactive magic performances on video conferencing platforms surged due to social distancing. Simon Pierro is a German magician and presenter recently seen on Penn & Teller Fool Us who has gravitated in a technological magic direction.

IN THE PHOTO
Swiss magician Marco Tempest (it must be a central European thing) has pioneered this area for well over a decade. 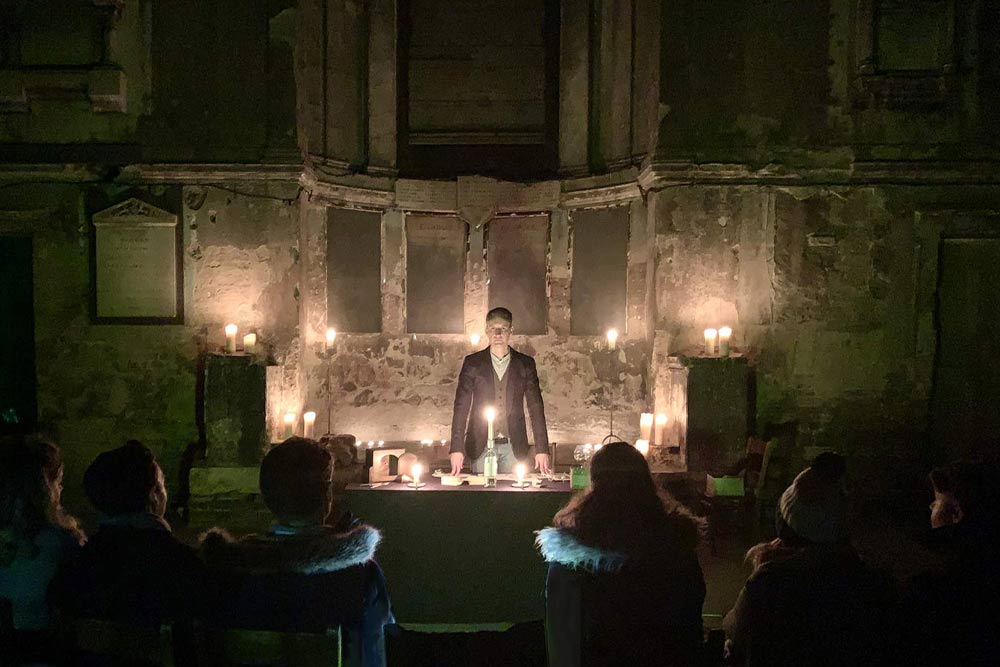 Like mental magic, this type of magician is often either mistakenly interpreted as the ‘real thing’ or or performs as if s/he is. Spiritualism spread like wildfire around the world with the Fox sisters in 1848. They reportedly could channel ghostly presences in their home in a small town then called Hydesville in New York. Even when the Fox sisters came clean and revealed their scams in 1888, people claimed they were lying. The horse had already bolted the stable. Tricks to create supernatural effects have been the rage of ‘mediums’ and magicians around the world ever since. You can read an unbelievable story about a present day spiritual scam here.

A major proponent of this genre was Eugene Burger who published an authoritative book on the subject called Spirit Theatre (1986). Derren Brown created a TV special about spiritualistic magic called Séance in 2004. This genre of magic also falls under the umbrella of Bizaarist magic.

IN THE PHOTO
One of the most recent productions of spiritualistic magic in London was Séance: Conversations in the Dark by Christopher Howell (October, 2019).